Starting January 8th, 2023, we will transition to online only orders with weekly curbside pick-ups available until we reopen in March of 2023.

Stay Updated on our Social Media

A Step Back In Time

Kayla and Blayne Midthun are lifelong Eau Claire residents and graduates of North High School, later receiving degrees from UW-Stout. Kayla's career, leading up to the creation of Ramone's, was in nonprofit work at Big Brothers Big Sisters of Northwestern Wisconsin and later serving as the Executive Director of the Chippewa Area Mentor Program, in Chippewa Falls. Blayne holds a Real Estate Broker's license and had been a stay at home dad to the couple's three children during their younger years. Blayne and Kayla currently work together as the managing partners at Ramone's.

Blayne and Kayla were visiting Stillwater, MN for their 10th wedding anniversary in 2015 and enjoyed delicious malts from Leo's Grill & Malt Shop. They wished their own hometown had a nostalgic place to get malts and ice cream! They dreamed of their own spin of a vintage ice cream parlor and little did they know the opportunity would knock less than one year later! Opening Ramone's in the Spring of 2017, has been a labor of love for their family. The business was the first of its kind in 2017 and the business has been blessed to have the support of wonderful family, friends, team members, and the hometown community. Kayla and Blayne were humbled to be named "Best New Business", "Best Renovation" and "Best Business" at the 2018 Downtowny Awards. Other accolades include being named "Best Restaurant for Dessert" in Volume One's Chippewa Valley Reader Poll three years in a row (2018, 2019, 2020) as well as being named one of the "Best Places for Customer Service" (2020) and "Best Things" (2019, 2020). 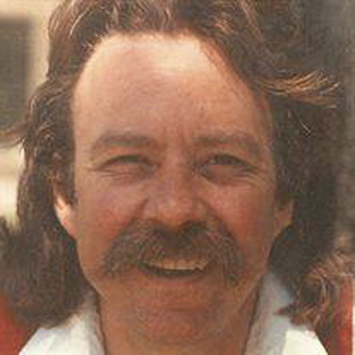 The name "Ramone's" is a nod to owner, Blayne Midthun's father, Kevin Midthun, who passed away in 2014. Kevin was given the nickname in high school and it was how many close friends referred to him for many years. Kevin was a talented artist who did many carvings you see around our community. We feel honored to be starting our business with his spirit in mind and knowing he would have been first in line for ice cream!

Give Us A Call Or Email

If you are an ice cream enthusiast, or just a fan of Ramone's, we would love to hear from you.